The global demand for seafood reaches new heights every year. In recent times, this long-term consumption trend has been underpinned by the general public’s growing acceptance that eating fish and shellfish, especially those rich in long chain omega-3s, are an integral part of healthy living. This awareness has in turn been supported by most health organisations advocating that including such foods in the human diet a minimum of two to three times a week will help ensure that our bodies get the required levels of key essential nutrients and vitamins.

As a food resource, the seafood category comprises a vast array of different species and products, produced in many different regions around the world. These are then frequently processed, sold and consumed in many more far-flung locations.

These complex supply chains have come under increased scrutiny over the course of the last two decades. Initially, this was to establish that a fish was indeed what it claimed to be, but as momentum has gathered pace, attentions have also focused on such things as health of stocks, responsible harvest yields, environmental impacts and much more besides.

Alongside a growing checklist for producers and buyers, the term “sustainability” has become more and more visible as seafood marketers see it as a means to generate value. The result is that today we see countless products labelled as “sustainable” sold in-store or online. Indeed, sustainability has been the seafood sector’s biggest eco-buzzword for a decade or more.

This situation has been exacerbated with the arrival of several organisations in the seafood space that offer standards and certifications for responsibly produced wild and farm-raised species. These mostly third-party accreditations have brought some positive benchmarking to the sector, and a number of the labelling schemes are seeking to increase seafood traceability in the supply chain. But it’s also arguable that they have presented companies with the ability to greenwash their operations; for them to say that because they are sustainable according to a certain standard then they must therefore be going about their business as greenly as they possibly can.

There is, of course, much more to sustainability than that, and it’s likely that the days of such greenwashing are numbered. Market expectations continue to change dramatically, they’re becoming increasingly demanding and critical, particularly when it comes to food. With planetary health a critical concern, increasingly eco-conscious consumers want to see much more in terms of defined targets from companies; they want to see robust data measuring progress to these goals; and they want to see candid reporting throughout the journey.

Transparency is key to this end, especially for such widely traded products as fish and shellfish. Therefore, if a seafood business can demonstrate accountability and verifiability through clear and consistent reporting, with evidence of living up to stated commitments (encompassing environmental and social targets), it can offer new levels of trust.

Such an offering will have immense value for any company in the value chain, not least the ability to distinguish itself as a leader in what’s a very heavily populated marketplace.

Interested in transparency in seafood? Get in touch below 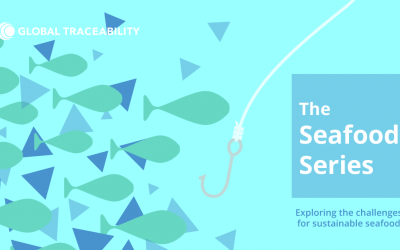 Illegal, unreported and unregulated fishing – or IUU – is one of the most destructive challenges facing the seafood...

Seafood traceability’s contribution to the SDGs

Seafood traceability has a significant role to play for the SDGs. Evidencing every step in what are complicated supply chains can drive more responsible practices. 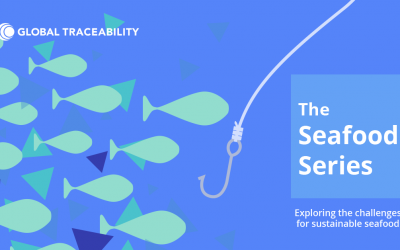 Because today’s super-engaged consumers are increasingly seeking out products that they can trust to tick all of the...